After falling heavily for the last 2 weeks it appears gold may have found a temporary bottom and some news released from the US earlier today may be the catalyst for the precious metal to climb higher.

In a stunning upset, Republican candidate Roy More lost the once super safe senate seat in Alabama to democratic candidate Doug Jones which now throws into question the ability for US Donald Trump’s tax policy to be signed into law.

The Republicans can now only afford to lose 1 vote when the final ballot comes for tax reform and at this time ,there are 2 candidates who have reservations about voting for the tax bill unless some serious changes are made.

Gold has suffered immensely on the back of the proposed tax reform as it would greatly benefit the US dollar and history shows us that a strong greenback is more often than not, negative for gold.

If indeed the tax reform fails, we can expect a serious reversal in gold to the upside.

The short germ focus for gold will be today’s interest rate decision from the US Federal reserve followed by a monetary press statement.

A rate hike from 1.25 percent to 1.50 percent is already factored into the gold price so there will be no surprises there. All eyes will be on the following monetary statement and how many times the fed plans to lift rates next year.

It seems that the fed will be reluctant to spook the market to much before Christmas and may take a neutral tone with regards to the US economy and rates and we may see gold benefit as a result. 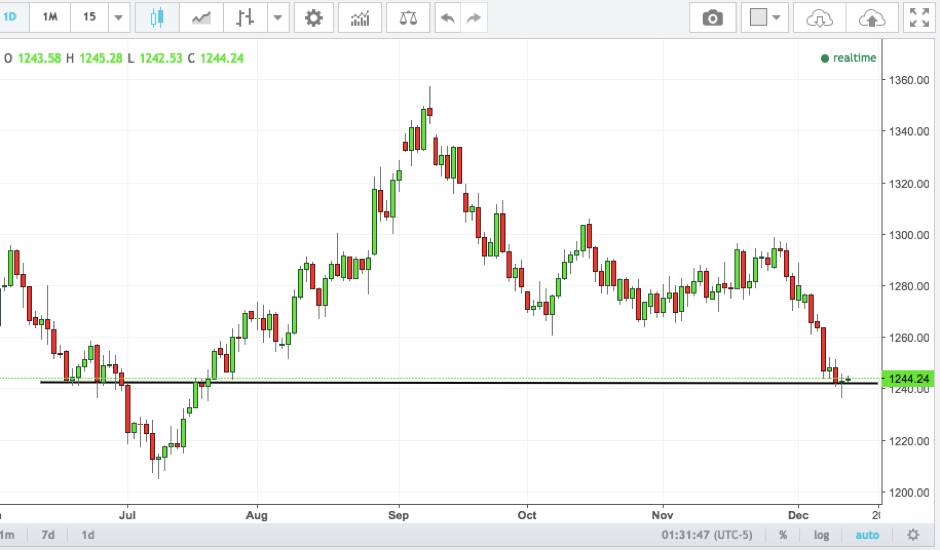