If we look at the arrow on the weekly gold price chart we can see that a resistance point that was first encountered in around august of last year has proved to be problematic with gold bouncing off the same downward trend line again in September and more recently the beginning of this year.

It made a run for the $1,365 mark which is the top resistance line in the chart also at the beginning of the year but was quickly rejected and has not returned to this point ever since.

Gold needs to make a sustained break firstly through $1,350 which is the current resistance point on the middle downtrend line and then the top line  of $1,365 as shown by the arrow at the top in order to push significantly higher. 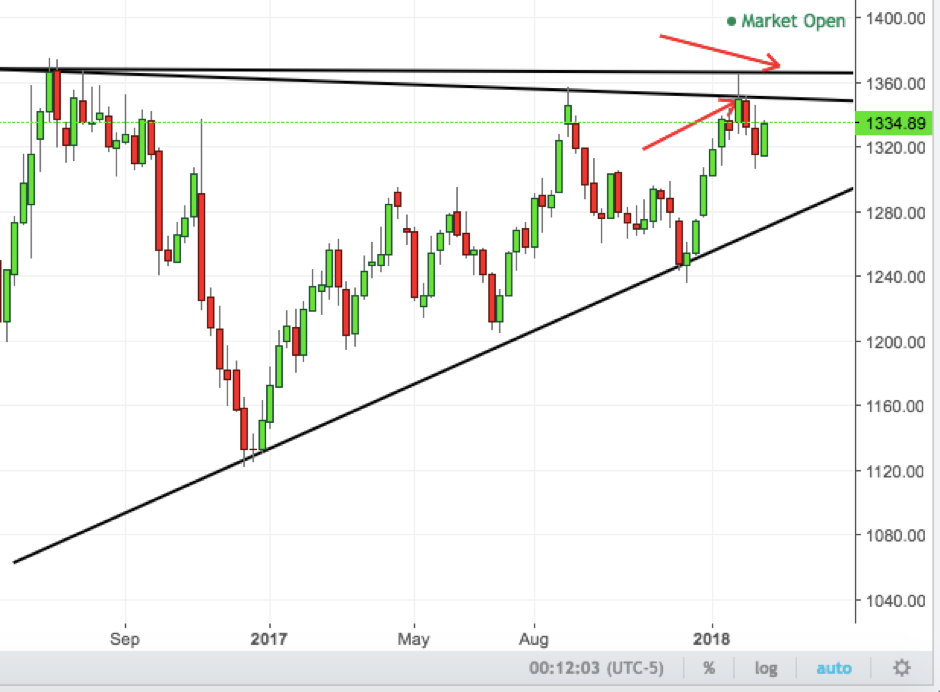