As we said yesterday, the possibility that gold would run into resistance at the $1,300 level has eventuated but the overall picture looks good so far in today’s trading as the price has remained above yesterdays close.

We think that it may take a couple of trading sessions to finally break back through the $1,300 mark with the next resistance level at $1,308.

There is the chance that traders may take some profits before the weekend comes although the possibility that investors would want to take a position in gold before the weekend is higher as over the last 2 month sit seems that major events that triggered a rise in the gold price were happening on weekends when markets were closed.

One such event may be the decision by the Prime Minister of Spain Mariano Rajoy who gave the Catalan leader Carles Puigdemont until 10am next Monday morning to clarify his situation on whether he has declared independence and if so, his government will be forcibly removed from office. 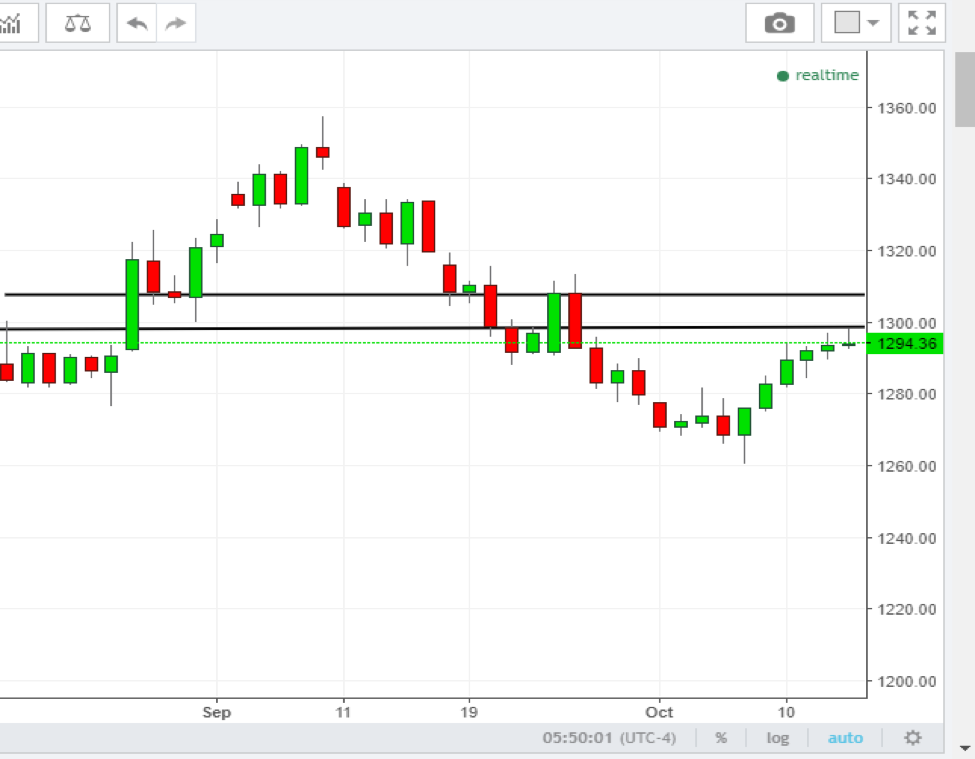