Gold ready to break out

The gold price is directionless today as the market gets ready for speeches from ECB President Mario Draghi and US Federal Reserve president Janet Yellen from Jackson hole.

Both speakers are due to lay out their monetary policy plans going forward with a focus on how they plan to tackle inflation which is lagging in the Eurozone and the US,

"Gold markets are basically in a holding pattern. They would be carefully scrutinizing comments from the Federal Reserve and European Central Bank officials as to their outlook for inflation, and resultant monetary policy stance," said John Sharma, economist at National Australia Bank.

Another factor that may drive the gold price due to uncertainty is the hurricane Harvey which is now sitting in the Gulf of Mexico and is due to strike Texas over the coming days and is predicted to cause widespread damage.

As we can see on the gold chart the price has remained in a tight range over the past week and now it seems it is getting ready for break out to the upside.

The catalyst maybe Draghi or Yellen at Jackson hole or the hurricane which may be more severe than first thought and will push investors into gold as safe haven. 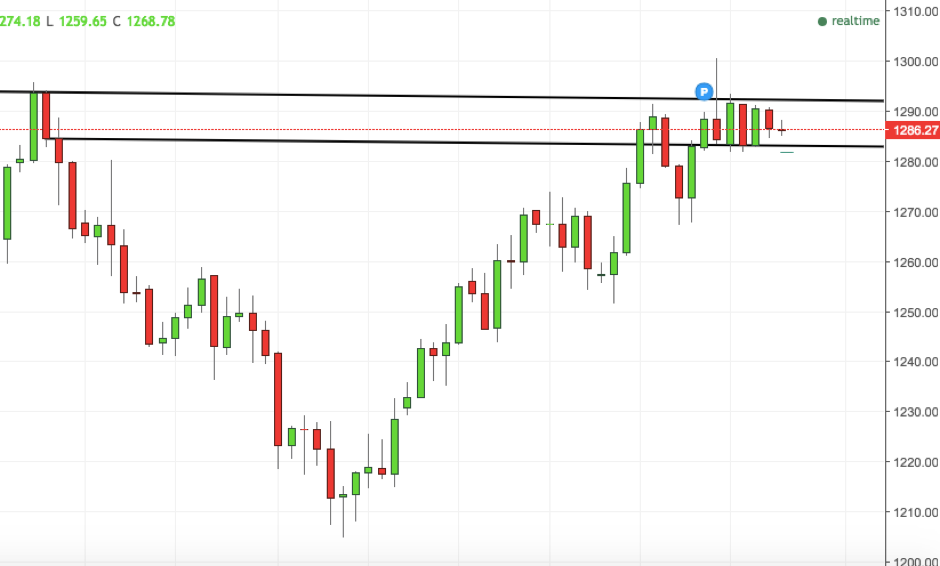