Double bottom may save gold

The gold price is under further pressure today as investors continue to pile into the US dollar on the back of proposed tax breaks by US president Donald Trump that are beginning to take shape and the expected appointment of a hawkish Fed Chairman that advocates for higher interest rates.

The US Senate approved a new budget over the weekend that opens the door Trump’s proposed tax cuts to also pass which is seen as negative for gold as it would increase business and consumer spending while generating further interest in the Greenback.

“Tensions on the Korean peninsula, however, continue to weigh upon participants' minds and as a result we are likely to see interest towards $1,250 restrict further declines." They added.

On the Charts we can now see that gold is forming a double bottom and as long as the price doesn’t fall below the first bottom ($1,267) formed in the middle of October the price should remain supported. 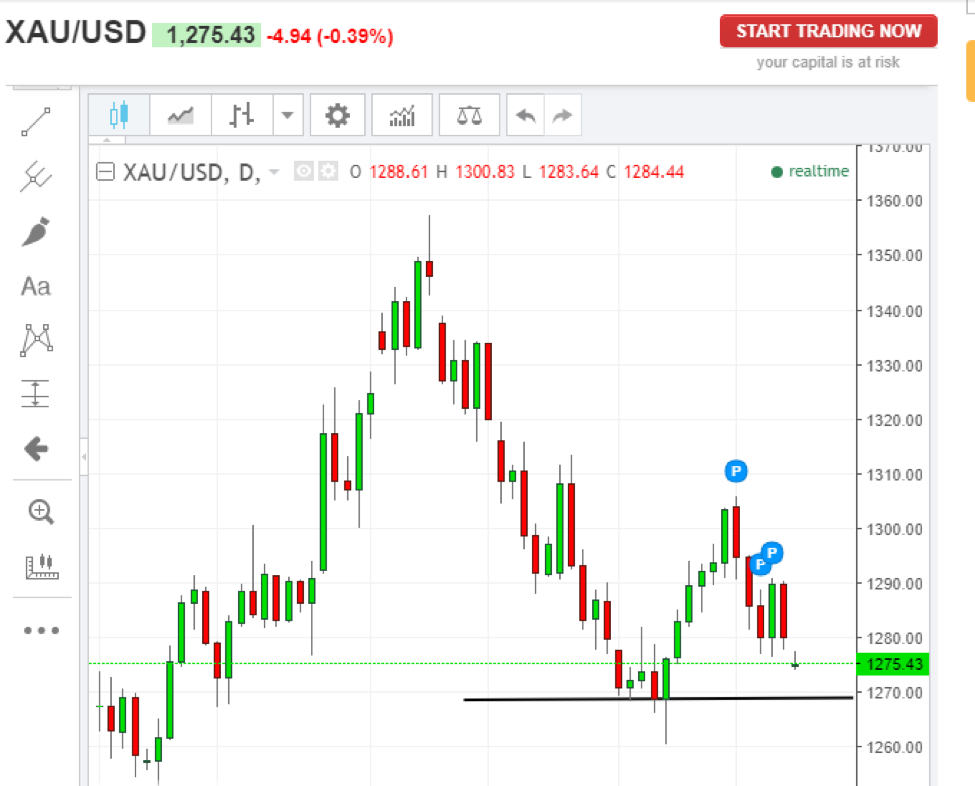