The physiological mood may be changing with the British pound as we can see on the chart as the retractions become smaller and the movements up become bigger. Over the last week, the stance from the bank of England has changed from bearish to bullish.

The market is now predicting we may see a rate hike in the nearest future on the back of a reduction in stimulus, which may be behind the positive sentiment.

The British government also now seems to be more willing to negotiate more on a better Brexit deal, which has also added to the increase in confidence.

We believe that the pound  now has the momentum with the worst times behind and may be getting ready for strong movement upwards firmly above the $1.30 level but it may find some troubles around the strong resistance level of $1.305 on two previous occasions.

Until the currency finally breaks begins the solid uptrend there may be a few short term long trades to be had by entering around the $129.20 - $1.29.40 area and exiting as the trade approaches the $1.320 mark which is before the strong resistance level. 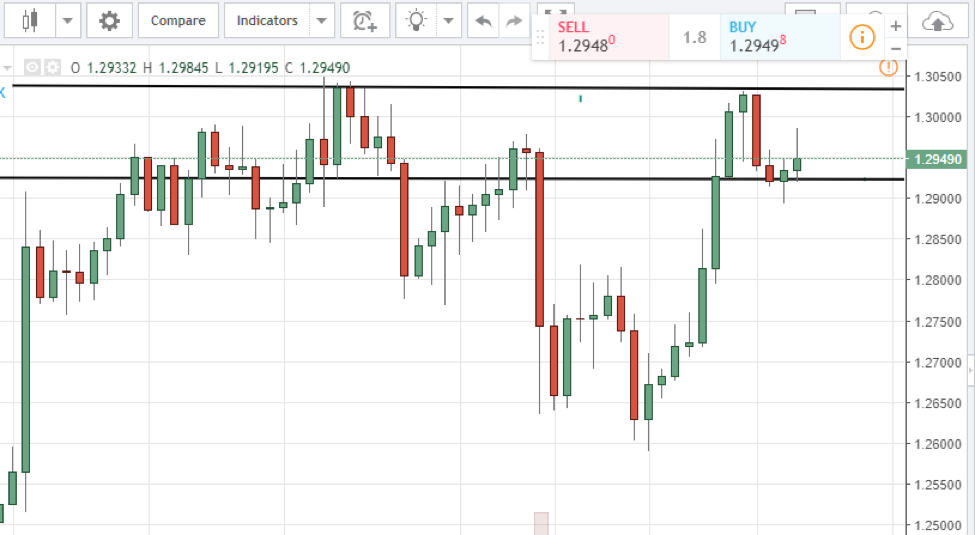