Gold continues to push higher in today’s trading, hitting its highest level in almost a year on the back of US dollar weakness and warnings that North Korea will launch another missile over the weekend which sent investors fleeing for the safe haven of gold.

The situation now seems to be beyond repair with a new missile launch coming up and after last week’s bomb explosion.

"The flight to quality as a result of North Korea's self-claimed detonation of a hydrogen bomb has caused investors to flee riskier assets and go into your safe haven asset like the gold market” said Phil Streible, senior market strategist at Chicago-based RJO Futures.

Mr Streible also noted that another rate hike from the Fed this year is all but over which will also support gold’s current trend,

"This trade should continue now, with Hurricane Irma coming through and what this will do is it will handcuff the Federal Reserve from having the ability to raise interest rates for the remainder of the year.” He added.

On the chart we can see that gold has reached a strong resistance level which occurred in September last year and if it can make this break in the next few days we are likely to see the price move up to $1.370 and the previous resistance at $1.350 should become the new support level. 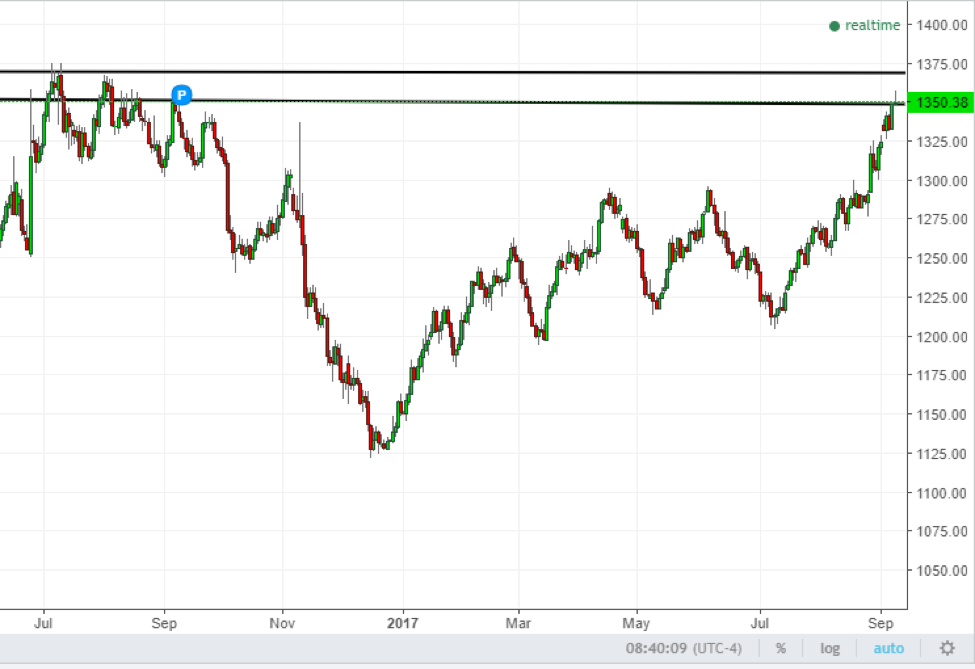