Since hitting a bottom of around US75c in the middle of December last year, the Australian dollar has made a stunning comeback which has seen the currency jump by around US8c and in today’s trading session is sitting comfortably above the US80c mark.

As we can see on the chart, the technical indicators are also impressive and the Aussie dollar has smashed through previous resistance levels which was US77c in November and US76.5c in December.

It tested another critical resistance level which is US80.29c reached earlier in December but was quickly rejected and is now trading near the lows of the day.

A possible government shutdown in the US later today may be the catalyst for the Aussie to make another run for this level and if in fact the US government does shut down, a clean break past this point is a real possibility 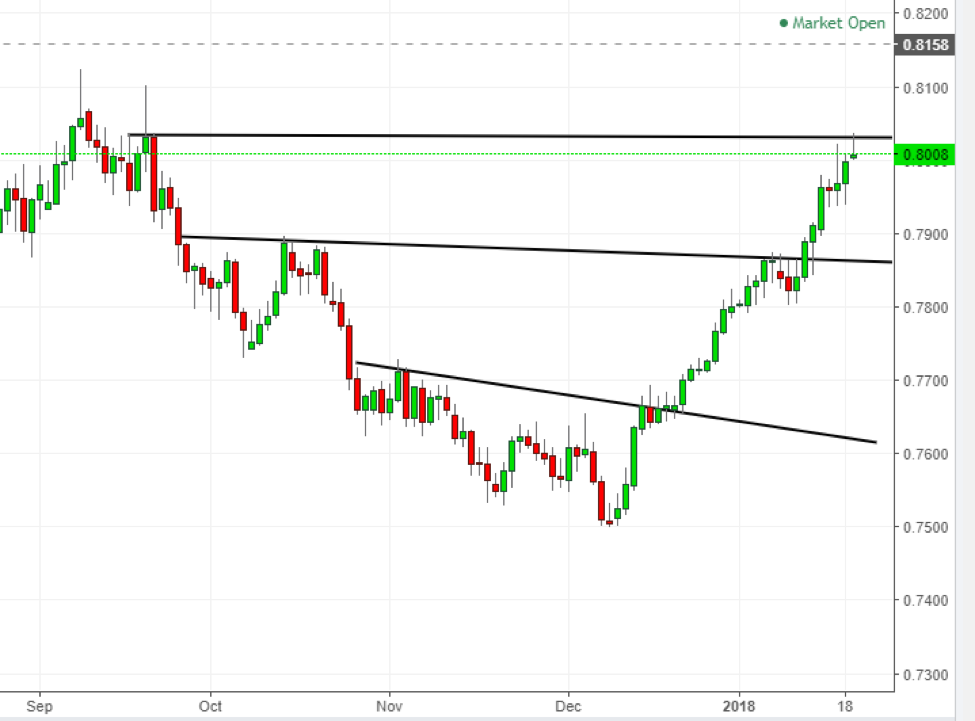