The uncertainty surrounding US tax reform is likely to see gold well supported over the next few weeks as although both sides of the senate agree something needs to change, they strongly disagree on how to go about it. The republicans would like the corporations and wealthy individuals to benefit while the democrats would like to see a more broad tax reform that includes everybody.

If we look at the chart the trend looks pretty promising. After hitting $1,270 in yesterday’s trading session the bulls stepped in and pushed the precious metal quickly back into the trading range which has formed over the last month.

As long as we see higher bottoms things are looking good and the occasional break below the support line should be of no concern.

Gold still needs to break above the top line of $1,290 before we believe a true bull trend will be in place which may be difficult in the coming week as we get closer to the near certain rate hike by the US Federal Reserve next month.

A pull back in gold on the basis of a rate rise may be a good opportunity to enter the market as history shows gold tends to be oversold in the lead up to an expected rate hike with a rally followed by the decision. 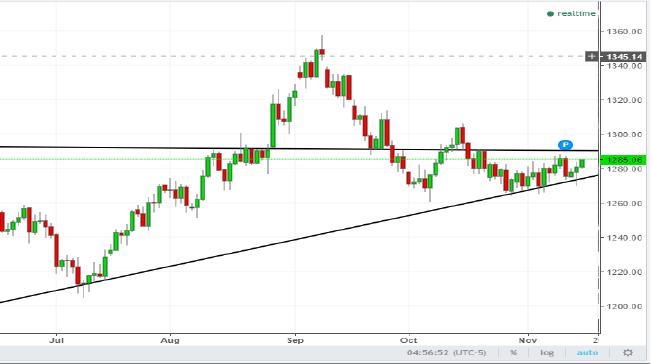