The British pound may be set to finish the year strongly against its US counterpart after a dramatic turn of events surrounding US Donald Trump’s proposed tax reform which threatens to fall apart.

The Drama started earlier in the week when the republican party lost the senate, seat of Alabama, traditionally one of the safest seats in the country and now leaves the party with a razor thin 51-49 majority to pass legislation.

There are at least three senators at the moment who demand changes to the tax legislation in order to back it and should this fail to materialize, the bill is all but dead.

The US dollar’s recent gains have mostly been due to expectations that the legislation would pass because among other things, it would reduce the corporate tax rate to 20 percent which would see a flood of money return to the US and dramatically increase the demand for the Greenback.

Should the tax bill collapse it will take the US dollar down with it and the pound is likely to hit $1.40 in a short amount of time

“With the likes of Senators Rand Paul and Susan Collins still not fully on board with the current package, we still believe that there are major political hurdles to be cleared to get any tax bill over the line,” says Viraj Patel, a foreign exchange strategist at ING Group.

"Looking ahead, we wouldn't underestimate the broader political woes this may have for the US dollar” he added.

The pound may also receive a boost after the UK and EU governments agreed to move to the next phase of Brexit negotiations after clearing a major hurdle regarding the border between Ireland and Northern Ireland. 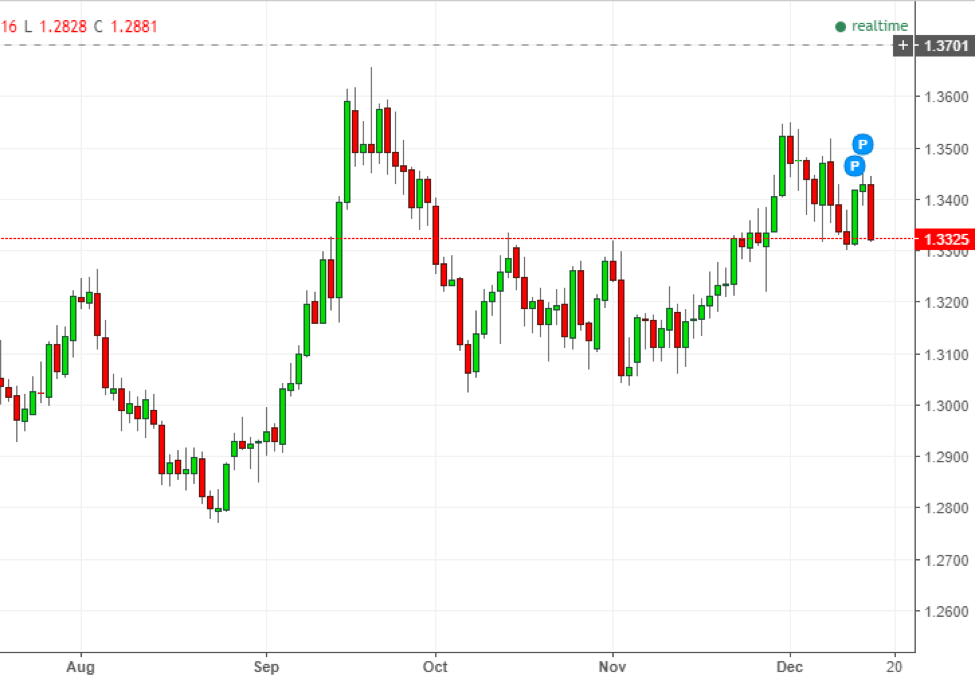