Gold was strongly rejected at around the $1,320 mark yesterday and looking at the chart we can try to figure out why.

A classical reverse head and shoulders has formed with the first shoulder forming at the beginning of October at $1,263 followed by the head at a similar price towards the end of the month followed by a substantially lower second shoulder at $1,240 in the middle of December.

On the chart we can see that gold climbed $31.68 to form the head part of the pattern which is the basis for profit taking when the neckline was eventually broken and a potential entry point emerged as shown by the blue arrow.

A typical head and shoulders pattern usually runs out of steam after the price has risen after the entry point by the same amount as when the head was being formed which in our case is ($31.68).

The highest price rise currently above the entry point is $31.30 and was probably a major factor in gold finding major resistance in yesterday’s trading.

Although gold is trying to make a comeback today we may also see resistance again at yesterday’s level which means the precious metal may be setting itself up for a trend reversal. 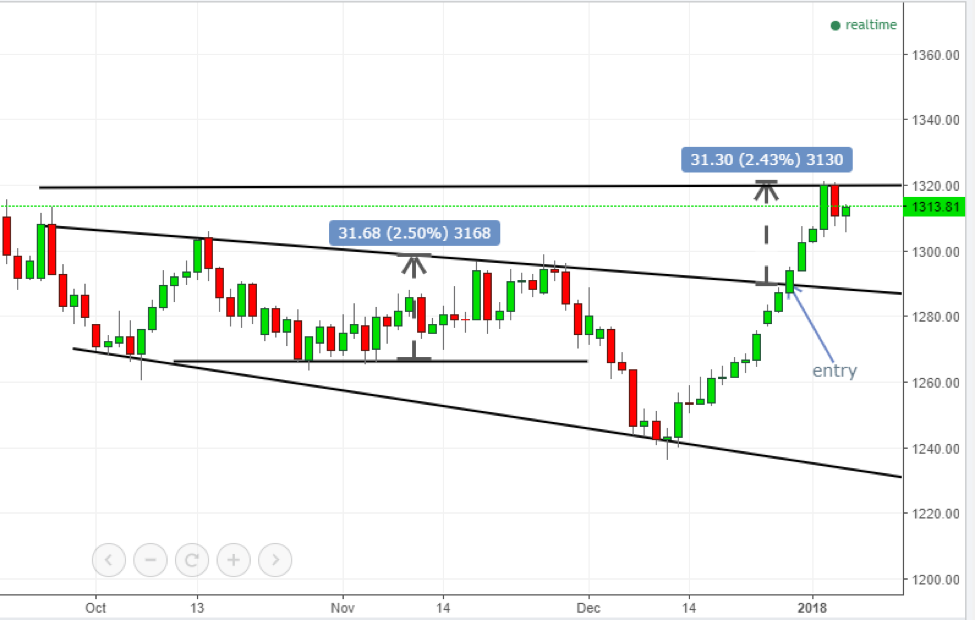