As we noted in last Friday’s report the gold price would make a charge for the next resistance level of is $1,265 which it has comfortably broken over the last 2 trading session and has now become the new support level.

With the political uncertainty surrounding the Trump administration at the moment such as staff being fired or resigning by the day, and rumors that US Secretary of State Rex Tillerson is also contemplating bailing on Trump , gold should remain well supported until this situation becomes clear.

There is also the rift between Russia and the US, which is escalating by the day, with Russia ordering the removal of more than 700 US consular staff out of the country as retaliation for extra sanctions placed on them.

Gold is now poised to make a run for the next resistance level around $1,275 but may retest the support level of or even temporarily did down below the current support level of $1,265 as traders take profits. 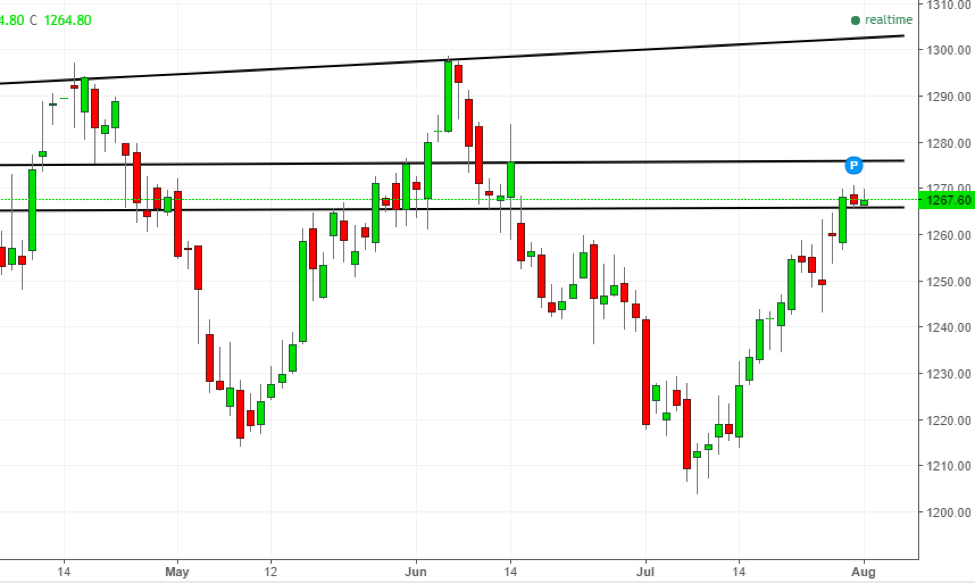