After falling sharply on Monday, the gold price has stabilized over the last 2 days and it looks as if for now, the precious metal has found strong support whenever it drops down towards the $1,280 level.

It seems with all the geopolitical events happening in the world at the moment such as Brexit, North Kore’s nuclear program and proposed tax reforms in the US, investors are unwilling to exit gold in big numbers because if any one of the big events above turn sour, gold is going to see major upturn.

"Event-driven bids for gold seem to be occurring more frequently and may be the new normal,” the analysts said. In short, even as the rates and forex channel dominate the outlook for gold pricing, the yellow metal is increasingly being used by investors as a policy and tail risk hedge.” Noted analysts from Citi bank,

In the short term, the news to watch out for is the release of the minutes meeting from the Federal Reserve released later today and at the top of the agenda will be interest rates.

A December hike is already priced in so the big question is how many rate rises next year are possible? The recovery of the US economy is far from complete so the Fed won’t want to spook the market too much and we think they will be very cautious on the question of further hikes which may benefit gold today.

From a technical view on the gold chart, we can see the although gold has been stuck in a tight trading range for the best part of a month, it keeps making higher bottoms which shows the uptrend is still intact as well as the double bottom that formed in October and November. 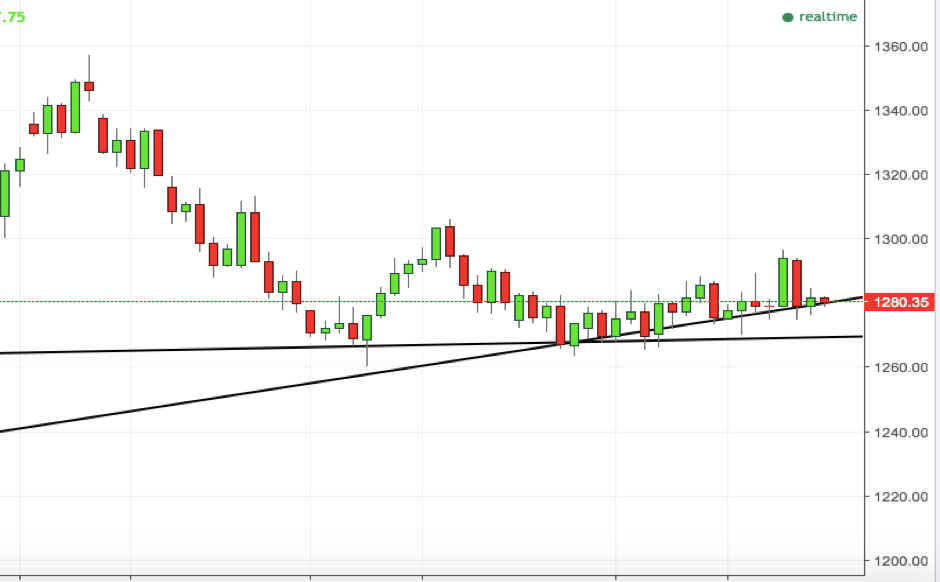